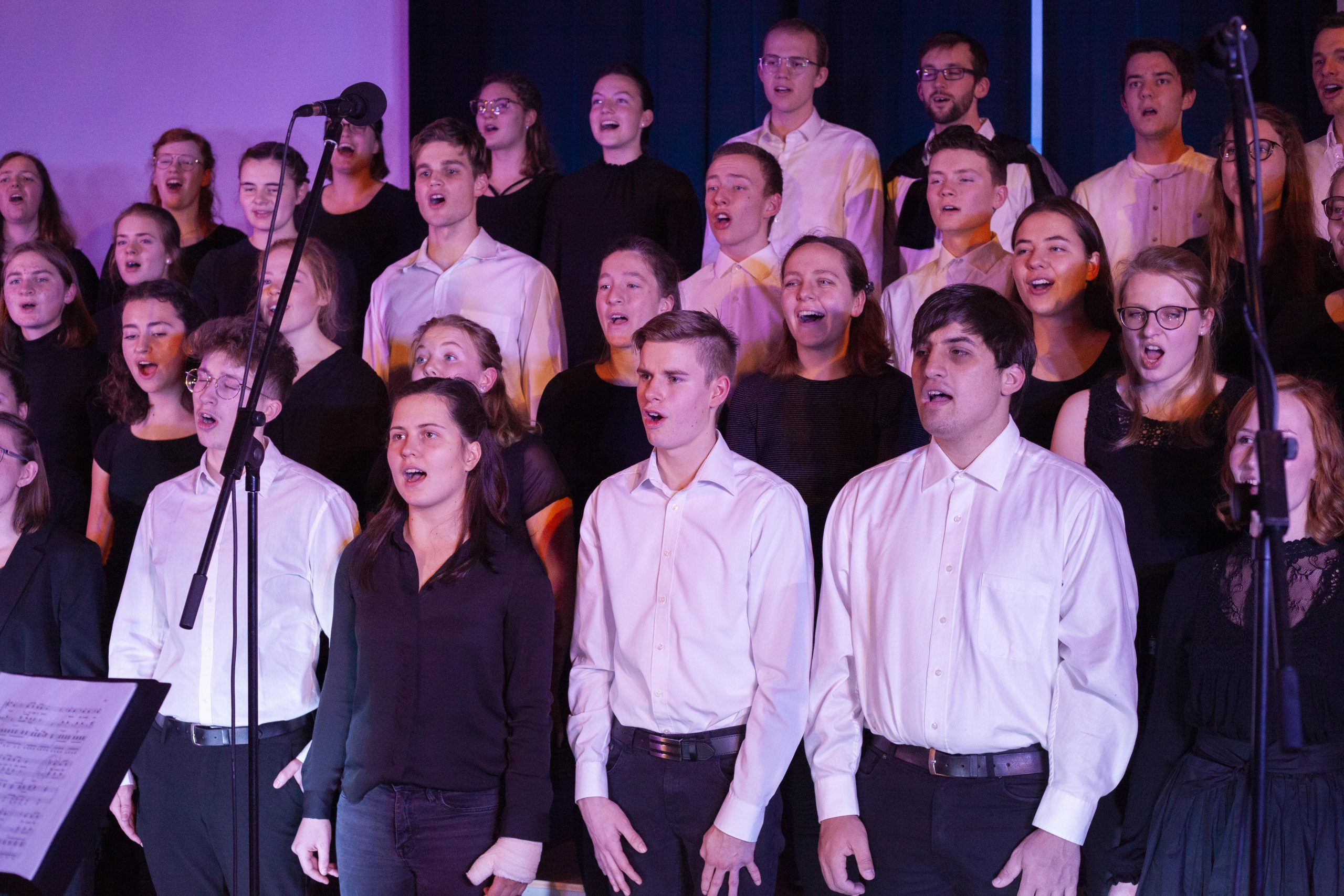 Our lecturer for this week was Joe Morell, a man originally from Minnesota who now lives in Stockholm. He taught us about the book of 1st John, a book that in my opinion sounds a bit contradicting on what the New Testament says when you first look at it, but with a bit more careful reading you can learn a lot from it. Joe also taught us a study method through which you can read the Bible, this study method is called the ABC Study Method.

The volleyball intramural finally! And guess who’s in it? Team Russia and team Brasil, my team! It was an exciting game and very close too, both teams had won two games, but we won the winning fifth!

Holsby Bears is our schools basketball team. The team plays in a league with local basketball teams to have fun and use it as an outreach opportunity. Because of covid-19 the team hasn’t been able to play many games this competition, however they still train three times a week but without any practice against other people, so we organized a basketball match between the Holsby Bears and Holsby Boars. We have some infamous wild boars walking around the campus’s soccer field at night digging up the ground, hence the name Holsby Boars. Even though I have played basketball in the past I did not join the Holsby Bears team, for me all the practices and matches take up a lot of time which I’d rather spend on studying. Being able to play a basketball match by joining the Holsby Boars was a lot of fun the match of course was not really a fair game because the other team had actually practiced for the past two months where as we had zero practice. The game was a lot of fun and where I normally would have been able play for 10 min because I would be out of breath, I could now play the whole game, a sign of not only spiritual growth but also physical.

As you maybe could have seen on some of the basketball pictures I had a bit of scruff, not much but it was there, me and some of the other boys participated in ‘No Shave November’. Everybody could donate an amount of money times the amount of participants that would still have their beard at the end of the month. The total amount raised was 2412,5 SEK for a charity of the schools choice.

Later that day all the Dutch people came together and celebrated Sinterklaas. We baked pepernoten and played the famous gift game where you roll the dice and exchange, steal, or unwrap a gift (I don’t think there is an actual name for it). We had a great time celebrating Sinterklaas together and a good time speaking Dutch with each other.

At the Sunday morning service we had a moment of sharing where a lot of people including myself shared a little bit of what God did in their lives recently, we had four moments of sharing each related to one of the four themes of advent; hope, love, peace and joy.

Phil and Donna gave lectures this week. Phil did lectures on Nehemiah, this was Phil’s first time giving lectures and he did a great job. He taught us about how Nehemiah had a calling and followed God’s command and turned to God when he had a decision to make. Donna Schoon, Wally’s wife, gave lectures in the evening this week. These lectures coincidentally fit really well with the devotion I was going to give. In her lectures she talked about how every moment in our life is worship, worship is not something you only do by singing songs in Church on Sunday mornings, but also by giving thanks every second of the day.

On Wednesday I gave my devotion, every student has to give a devotion once during the year and I was planned in for this Wednesday. In my devotion I looked at Deuteronomy 8:10-19 and took it as an example of how we should not forget to bring glory to God always, and that everything is through Him and not our own works.

Phil asked me to come to an outreach and talk to people and hand out Christmas cards in the nearby city Vetlanda, this was my first time doing street evangelizing. I had all sorts of experiences and it was for sure interesting. It was nice to talk with both those who were already Christians and with non believers about God.

On December 13th Swedes celebrate Santa Lucia, and so did we. At night, when we were all sleep, I heard a faint singing. Some boys in Ekhaga have the habit of staying up very late and can sometimes be a little loud, so naturally I thought it was them, however that was quickly proven wrong as I heard a familiar song that had been played and sung quite frequently leading up to December 13th, and before I knew I had a parade of people in white robes singing and marching through the room and left as quickly as they came. I was handed a Saffron Bun, which I put on my desk and fell asleep right after. The parade was led by my friend Addy ???????? who is our schools registrar, she is from the USA and was a student at our school last year. (She also checks my English and makes sure there are no errors in this blog, very useful for a dyslect like me ????)

Transitioning into the Christmas break this week went a little different than normal. This week I also had to give my testimony, something I had done before in my own Church but not as detailed as I was going to do it here.

Wednesday was the last day of fall term. This evening we had a beautiful Christmas Banquet with incredible food, everybody was dressed up real fancy and it was as we in Dutch say “erg gezellig”.

The next day Christmas break started. Brian, Bryce, Mendel, Michiel, Morgan, Taylor and I found a place near Mariestad, we rented two cars and drove there. We will spend our Christmas break at this place until the 9th of January when we will come back and start our winter term.