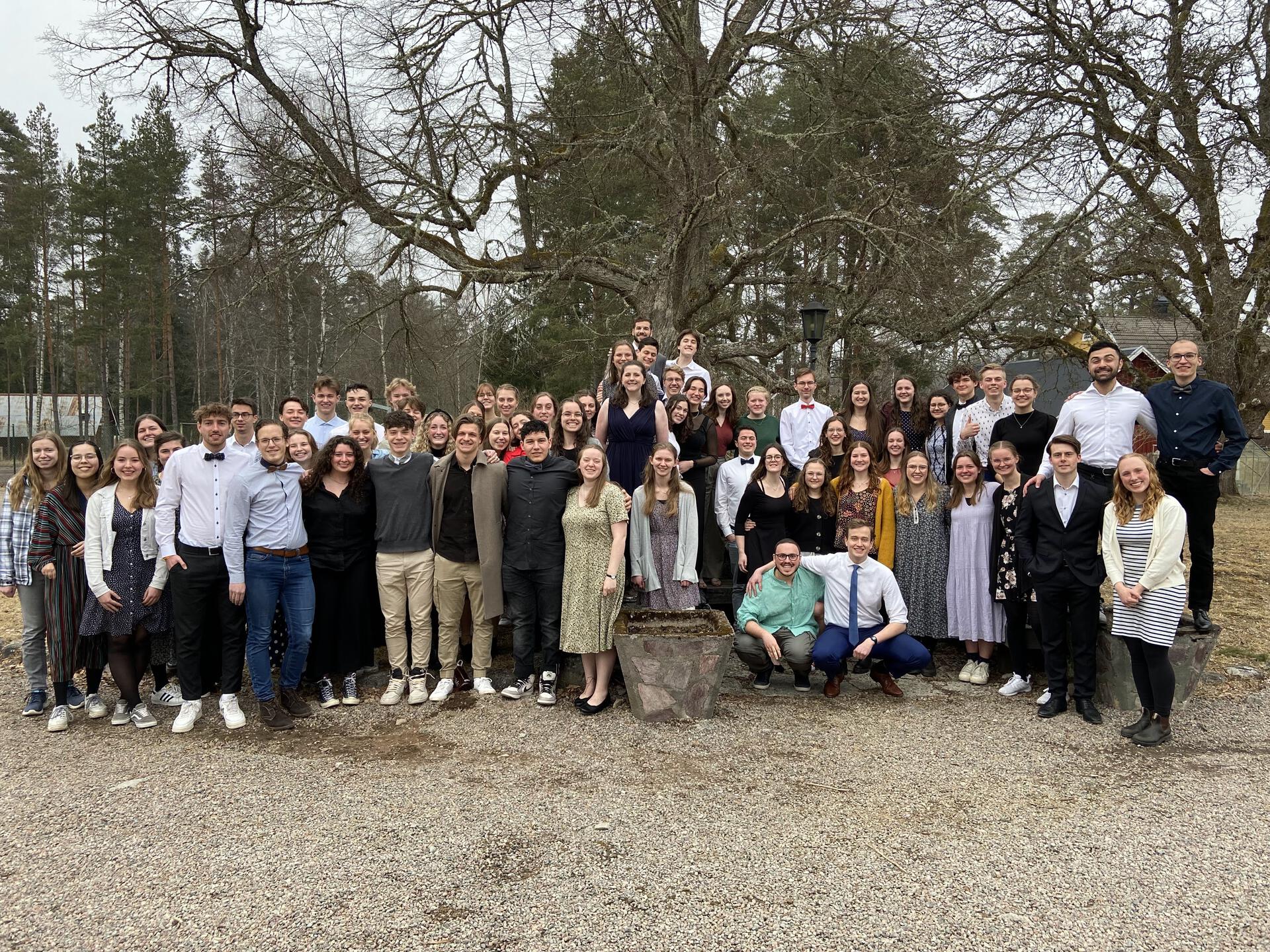 A new term! The Christmas break was very good, even tough there was a lock down I was still able to see and visit quite a lot of people of friends and family, celebrating Christmas with my family and New Year’s with my friends. I was also very glad that I was able to go Church so often. I was not going to be back home for the next six months, so this was a good time to catch up.

Sadly after the first week we had a Covid-19 outbreak at the school, we’ve been very blessed because this is the first outbreak we’ve had since the Covid-19 pandemic started. The good thing was that it was the Omicron variant which was easy on most of us. Most of the students moved from their dorms to a building called Solhult which is our quarantine building during the school year, this is the same build where I stayed in the summer as it is then used to house the summer interns and volunteers. This outbreak had pretty good timing because everybody got sick and recovered before the outreach week, which I will talk about later in the blog. I had covid as well but I wasn’t to affected by it, the quarantining in my room had a really positive result on me as it gave me a lot of time to think and the solitude helped me work on my relationship with the Lord.

This year we had our annual guy’s appreciation day. The day had a Viking theme to it and the girls organized all kinds of fun activities for us. The wrote us nice and encouraging notes and did very well in being of service to us by covering work duties, making us Fika, etc.

As there is a guy’s appreciation day there of course also has to be a girls appreciation day. As the guys RA I tried to be as little involved as possible so that the would be spoiled with ideas from other years. The guys did an incredible job at appreciating the girls that day, they were really creative in the things they organized and most definitely didn’t need my help.

We had two people from OM Sweden come by to inform the students about ministry options after Holsby. I was of course very excited about seeing OM at Holsby because of the part OM has played in my life through my Church and my mom! Anyways this gave me the idea to maybe consider working for OM after Holsby. Who knows? 😉

It is tradition that both the RA’s have a project to work on during the year and for the Girls RA it is the Christmas Concert in the fall term and for the Guys RA it is the yearbook in winter term. I organized a team of 4 students to help me with it. Each to it upon themself to do a couple of the community pages. It was my task to put the yearbook together and make sure all the pages of the students and families were send in. It was a lot of work and at the beginning of the project I most definitely underestimated how much time it would take to put it together on the end, this was in part as well because of the covid outbreak in the beginning of the year, which disrupted some of the planning we did as a Bible School team. Sadly some other duties I have as an RA like student contact suffered from this time crunch, but I guess that is part of the job sometimes.

This week the whole school went out all over Sweden en Copenhagen to evangelize and reach out to people in various ways. The group I was leading went to Uppsala, which around 1 hour above Stockholm. We stayed at a church there called Korskyrkan. We mainly worked with an organization called Agape Sverige, we had training for three mornings after which we would go out to universities to evangelize to students. The method of evangelizing involved using survey’s which worked very well because it helped us talk to people that probably would have wanted to talk because of a prejudice or something. The goals was to have a conversation about the deeper topics in life. To my surprise a lot of people hadn’t thought about these topics before. Anyways we had some good conversation, I was able to share to Gospel with one girl who was open about her struggles in life. We also worked with KRIK, a sports ministry in Scandinavia, we took part in some of their sport outreaches and gave devotions. At the end we also helped organize a youth night for the Church we were staying at. Last year we were not able have an outreach week because of the pandemic, so I felt blessed that I was able to experience it this year. I learned so much about evangelizing, and many fears I had have been conquered.

The term has come to an end, it is incredible how fast the time went by. 12 of the students will be going home for good. Next term we will have 12 new students. There are 4 guys leaving and we will gain 2 new guys. I will definitely miss these guys but I have confidence, they are on a good path. Next term will most likely go by even faster, I guess I can say that from experience now. I plan on being less busy next term and spend more time with the students, but we will see if that actually happens.

I have a two week break as the student left for spring break. I am still at the campus and spend most of my time resting and preparing a sermon I will be giving on April 10th. I am also thinking a lot about life after Holsby. I plan on going back to my profession, which is of course web-development. However I’d like to use this and my time for the kingdom of God. I have an option that I am considering I will gave an update on that later. However besides this I’d like prayer for: